We here at Black King Ent are very strong supporters of all those who participated in  the WomensMarch this past weekend.

We were touched to see so many people uniting to stand for what they believe in.

People gather in front of the U.S. Embassy on Pariser Platz beside Brandenburg Gate in solidarity with women’s march in Washington and many other marches in several countries, in Berlin, Germany, January 21, 2017. REUTERS/Hannibal Hanschke – RTSWNB3 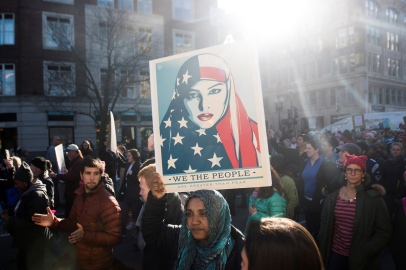